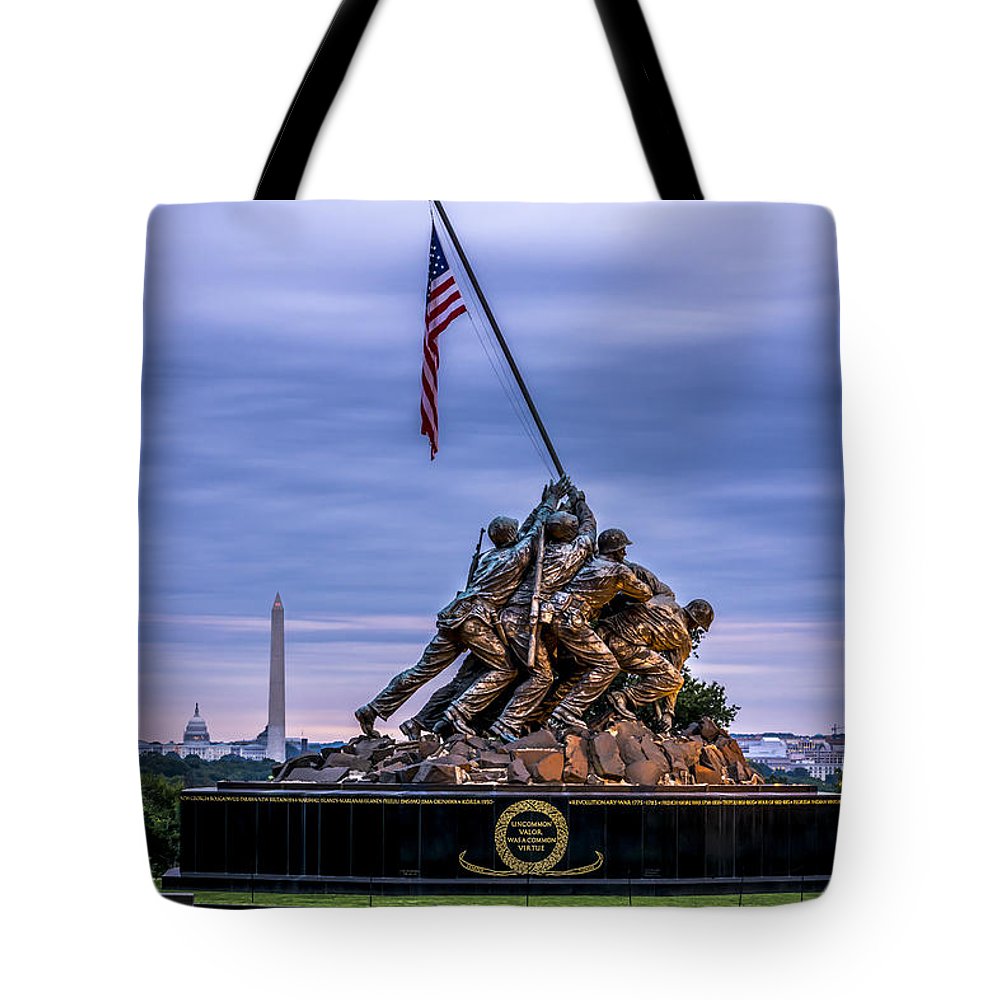 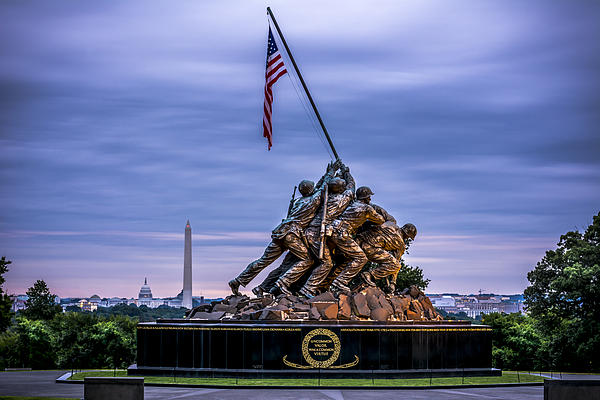 Our tote bags are made from soft, durable, poly-poplin fabric and include a 1" black strap for easy carrying on your shoulder.   All seams are double-stitched for added durability.   Each tote bag is machine-washable in cold water and is printed on both sides using the same image.

During the battle for Iwo Jima on February 23, 1945, five Marines and a Navy Corpsman raised a flag on the peak of Mount Suribachi signifying that... more

Congratulations on your sale! F

This is one of the best photos I have seen of this very powerful monument. Great clarity, love the sky, and love how you were able to capture the Washington Monument and US Capitol in the background. And love the lighting! Perfectly composed David!! Congrats on your sale!! l/v/fave/tweeted

Congratulations on your sale

A truly fantastic capture David. A gold medal and big salute to you. Semper Fi l.v.f.

During the battle for Iwo Jima on February 23, 1945, five Marines and a Navy Corpsman raised a flag on the peak of Mount Suribachi signifying that they had taken the hill, although the battle was still raging. The names of the men were Sergeant Michael Strank (USMC), Private First Class Franklin Sousley (USMC), Private First Class Ira Hayes (USMC), Private First Class Rene Gagnon (USMC), Corporal Harlon Block (USMC) and Pharmacist Mate Second Class John Bradley (USN). A photographer named Joe Rosenthal from the Associated Press, took a picture during a second flag raising. That photo instantly became famous as people back in the States saw it. The Iwo Jima Monument is officially named the Marine Corps War Memorial. The walls surrounding the monument list all of the wars that the United States Marine Corps has fought throughout their history.