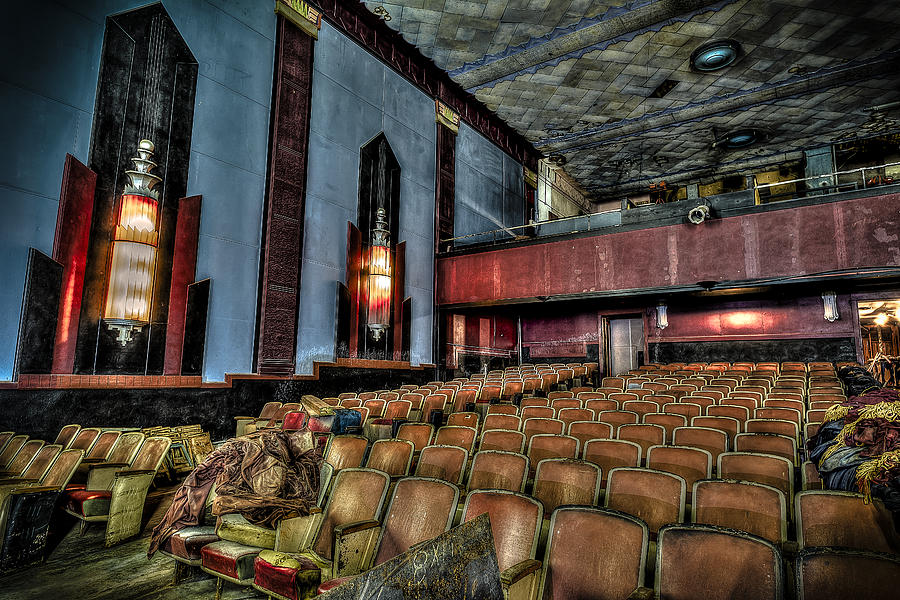 The interior of the Cole Theater in Historic Downtown Rosenberg, Texas. The owner of the theater who also owns Another Time Soda Fountain gave us a tour and told us of the many ghostly stories of the theater. Originally built in 1919, the Cole Theater was a venue for many kinds of performances and public meetings throughout the years. It still has a second stairwell and separate entrance that was used during segregation.

The theater is one of main landmarks in the Historic Downtown Rosenberg District. Ms. Butler is in the process of renovating the theater to it’s original Art Deco beauty and opening it for the community to share.

I can’t wait until she is finished with her project.

Oh wow! I have never heard of the Cole Theater! I should get out more! Great photo, great edit! :)