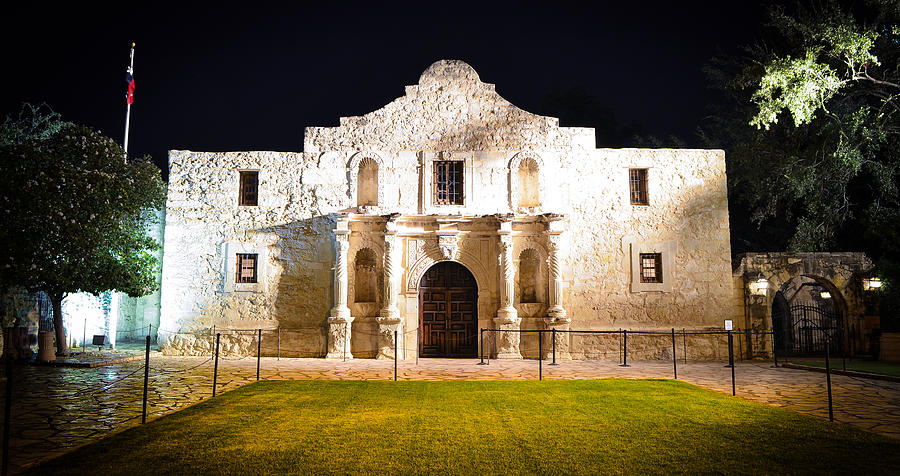 This is all that is left of the Alamo in San Antonio, TX. Once a large mission that housed hundreds of people, this site was where brave Texans stood their ground to their deaths while under siege by the Mexican Army commanded by General Santa Anna. The men who lost their lives at this place were honored later when General Sam Houston took the fight to General Santa Anna at San Jacinto and won Independence for the Republic of Texas. The battle cry was "Remember the Alamo!!!"