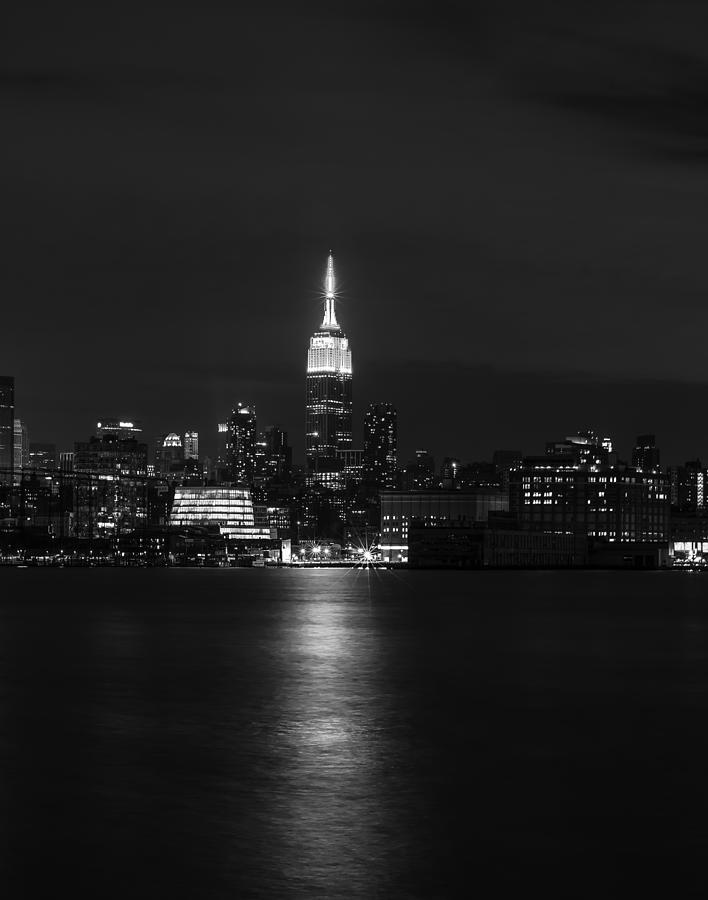 New York City is full of some exciting things to photograph, after all, it is the city that never sleeps. However, when you get away from the city, it also has a wonderful skyline that many people can identify with. New York City has its own identity. When you meet a New Yorker, they are either from New York City or they just say they are from Upstate.
New York City, also called the Big Apple, is the financial center of the United States of America. This is where the New York Stock Exchange is as well as the headquarters for many of the country’s largest businesses.
While there are five boroughs of New York City, the one that is the center of the business world is Manhattan.
Some of the notable landmarks that are identifiable in this picture include the Empire State Building, The Freedom Tower as well as many other famous structures in Downtown, Midtown or Uptown Manhattan.

Love how the e.s.b. illuminates the river like a beacon.