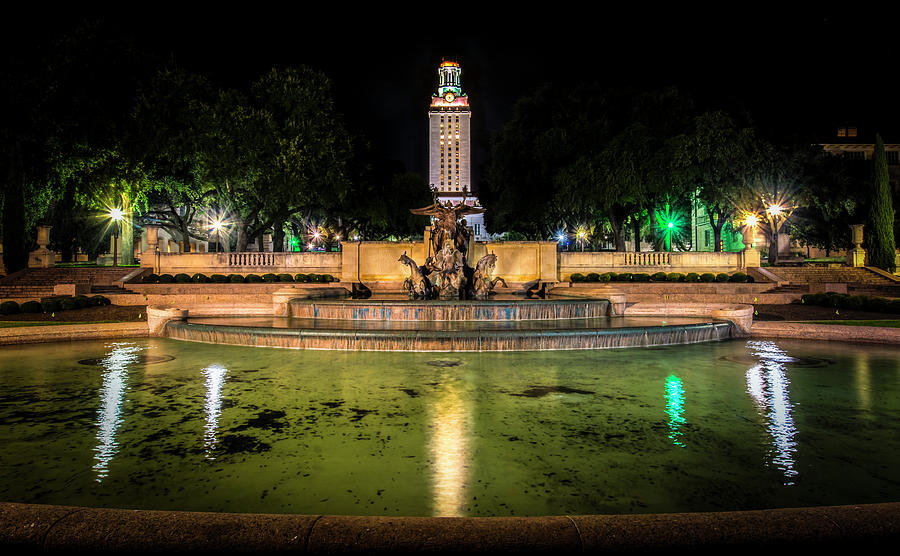 When you visit the University of Texas campus it is hard to miss the Littlefield Gateway. The construction was completed in 1932 and while a major landmark on campus, many people don’t realize that it also has a somewhat entertaining story behind its construction and the feud between two regents.

It seems that two regents of the University of Texas had somewhat of a rivalry with one another, one regent George Littlefireld, served with the Confederacy; the other regent, George Brackenridge, was a Union sympathizer and war profiteer who smuggled cotton to the North. To add to their disdain for one another, they had the same middle name, both being named for George Washington - so you have George Washington Brackeridge and George Washington Littlefield.

The rivalry between these two is what legends are made of, two wealthy men on the same board who ultimately want the best for the system that they support, but still hate one another.

When Littlefield saw this strategy by Brackenridge, he decided to outflank his opponent by having a grand entrance built at the south end of the campus in order to anchor the campus in its current location. After all, Littlefield had a house just across the street from the University of Texas campus and he was not about to have the University move away to be placed on the “Brackenridge Campus.”

Littlefield enlisted the services of an Italian born sculptor named Pompeo Coppini and instructed him to design something with the figures of Southern History and figures important to Texas. When Coppini presented his design for a grand entrance, Littlefield told him that it was more than he was able to pay for, so they compromised and Coppini agreed to build a fountain instead.

After the deal was approved by the Board of Regents, Littlefield became ill and with his failing health, feared that upon his death, Brackenridge would find a way to still move the campus. So prior to his death, Littlefield changed his will to include a $500,000 to build a new Main Building, $300,000 and land for a woman’s dormitory and another $250,000 for the Littlefield Gateway contingent on the University staying in it’s current location for another 8 years. Just before his passing, Littlefield also included his Mansion across from the University subject to Mrs. Littlefield’s interest.

Brackenridge was unable to match the gifts that Littlefield had made and instead of being able to achieve his campus on the riverfront of the Colorado River, he conceded defeat. Brackenridge fretted about money and grew seriously ill, dying only a month after Littlefield in December of 1920.

After their deaths, a bill asking to move the campus was defeated and the University of Texas stayed where it began. Little field had won.

Many people probably have not noticed, but on the brass door leading to the pump room on the back of the fountain there is a memorial to the 84 students of the University of Texas that lost their lives in World War I. The inscription in themoarble along the back of the railing reads “Brevis a natura nobis vita data est, at memoria bene redditae vitae Sempiturna,” translates as, “Short is the life given to us by nature, but the memory of a life nobly surrendered is everlasting.”

Congratulations on your sale of this wonderful artwork! F