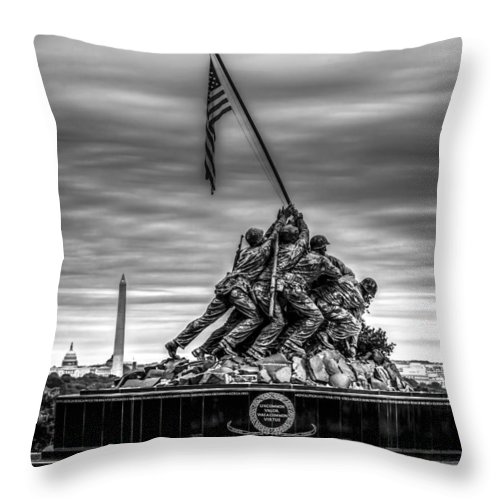 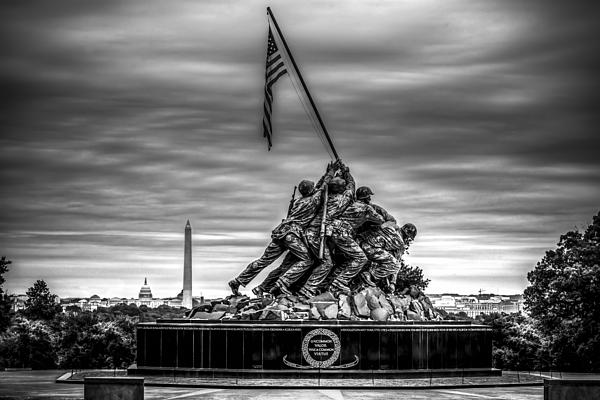 Our throw pillows are made from 100% spun polyester poplin fabric and add a stylish statement to any room. Pillows are available in sizes from 14" x 14" up to 26" x 26". Each pillow is printed on both sides (same image) and includes a concealed zipper and removable insert (if selected) for easy cleaning.

During the battle for Iwo Jima on February 23, 1945, five Marines and a Navy Corpsman raised a flag on the peak of Mount Suribachi signifying that... more

Congratulations on your recent sale.

Congratulations on your sale.

Congratulations on your recent sale!

During the battle for Iwo Jima on February 23, 1945, five Marines and a Navy Corpsman raised a flag on the peak of Mount Suribachi signifying that they had taken the hill, although the battle was still raging. The names of the men were Sergeant Michael Strank (USMC), Private First Class Franklin Sousley (USMC), Private First Class Ira Hayes (USMC), Private First Class Rene Gagnon (USMC), Corporal Harlon Block (USMC) and Pharmacist Mate Second Class John Bradley (USN). A photographer named Joe Rosenthal from the Associated Press, took a picture during a second flag raising. That photo instantly became famous as people back in the States saw it. The Iwo Jima Monument is officially named the Marine Corps War Memorial. The walls surrounding the monument list all of the wars that the United States Marine Corps has fought throughout their history.