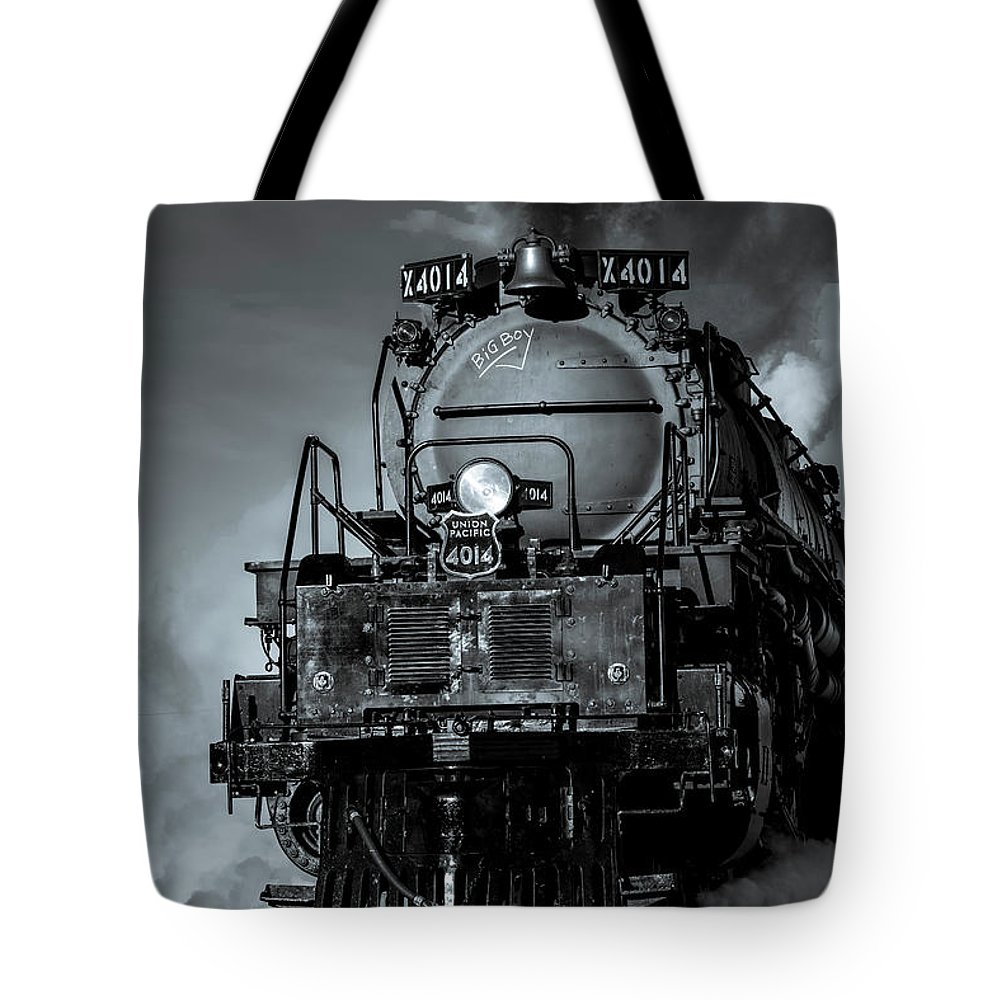 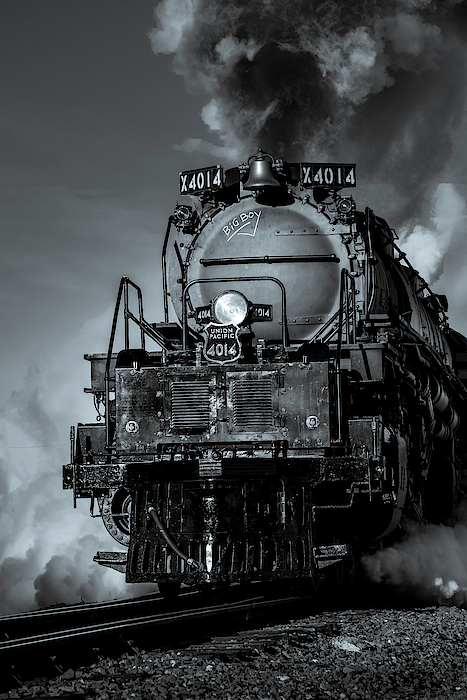 I Hear The Train a Comin Tote Bag

Purchase a tote bag featuring the photograph "I Hear The Train a Comin" by David Morefield.   Our tote bags are made from soft, durable, poly-poplin fabric and include a 1" black strap for easy carrying on your shoulder.   All seams are double-stitched for added durability.   Each tote bag is machine-washable in cold water and is printed on both sides using the same image.

Union Pacific 4014 is a four-cylinder simple articulated 4-8-8-4 Big Boy-type steam locomotive owned and operated by the Union Pacific Railroad. Built in 1941 by the American Locomotive Company (ALCO) of Schenectady, New York, No. 4014 is the only operating Big Boy of the eight that remain in existence. The locomotive operated in revenue service until 1959. It was donated to the Railway and Locomotive Historical Society in late 1961 and thereafter displayed in Fairplex in Pomona, California. In 2013, Union Pacific re-acquired the locomotive and launched a restoration project at their Steam Shop in Cheyenne, Wyoming.In 2019, No. 4014 was operated for the first time after it sat dormant for almost six decades. Part of Union Pacific's heritage fleet, it now operates in excursion service, in addition to hauling revenue freight during ferry moves.